Locations in NSW We Expect to Have Higher Than Average Returns

Locations in NSW We Expect to Have Higher Than Average Returns 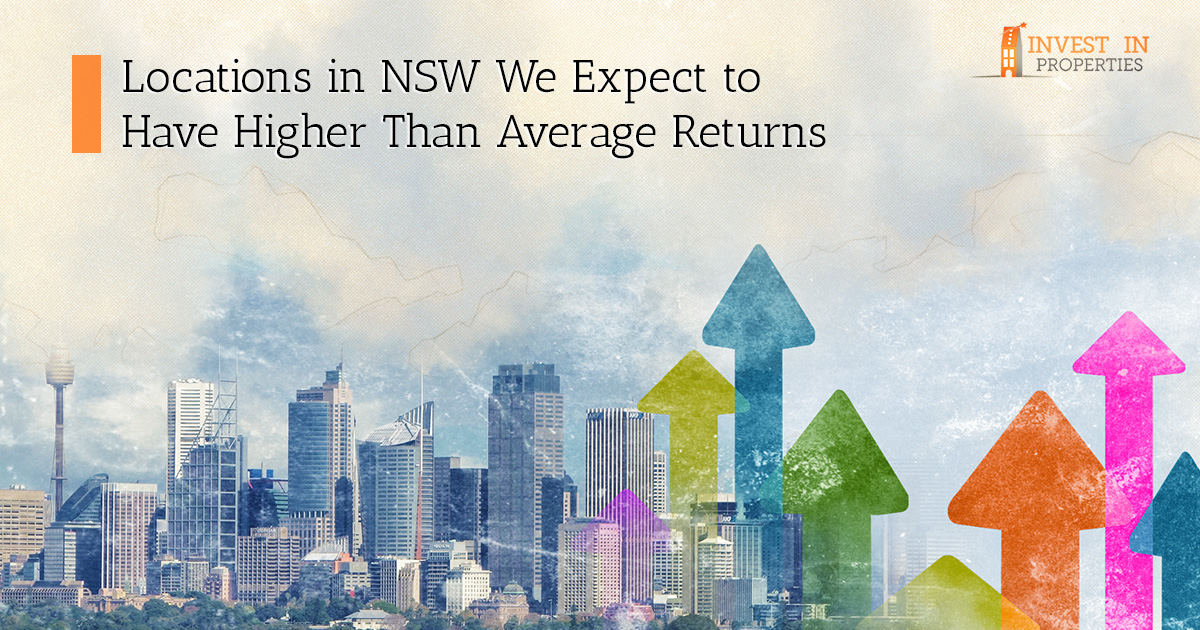 The market in New South Wales is less feverish compared to how it was years gone-by. Astoundingly, demand remains at pitch levels. Growth is still expected for a foreseeable future, with speculators placing the state at the heart of another upsurge in Australian property prices. There are suburbs across NSW primed for humongous growth levels as high as 12 per cent amidst growing demand, especially for regional areas outside of Sydney.

High demand usually translates into laborious exercises when trying to land a property. It makes getting a great property with the right amenities in the right location harder than usual. That’s the situation in the hottest suburbs of Sydney; prime properties are selling like hot cake, and at a premium. There’s no telling whether you’re getting fair value or not. Outside those, there are still good investments opportunities. There are regions that are yet to realise their full potential. They are on the cusp of something special and you want to be well invested when the prices start improving.

Here, we’ve taken the liberty to point you towards those regions in NSW that are expected to provide higher than average returns in the next few years.

As Sydney’s property becomes increasingly unattainable, investors are looking to regional areas for more affordable options. 160 kilometres away lies what could well be the next best option.

The harbour city of Newcastle is already attracting significant interest from investors and stands to continue doing so given the improved purchaser sentiment, low interest rates and falling unemployment. Newcastle is being revitalized with a spate of new developments, including a new light rail, relocation of the train terminal, a building boom in the inner city, and swaths of rezoning across the city. All of these are expected to underpin property price growth over the next decade.

The median unit price in Newcastle is $605,100, lower than that of New South Wales at $635,000, which puts it within the price range of first time home buyers, and right where value investors want it.

According to the Australian Housing Outlook 2016 by BIS Shrapnel, “the median house prices in Newcastle are forecast to continue rising by a cumulative 12 per cent by June 2019, or around 4 per cent per annum, to a median price of $550,000.” It is also expected that the migration of residents from Sydney to Newcastle will increase demand in the residential market.

One region that has consistently benefited from the strength of Sydney’s property market is Illawarra. Over the past 4 years, the coastal region has enjoyed a buoyant property market much in pace with its neighbour’s but now stands on its own with a steady state of employment, strong rental returns, and low interest rates.

Par CoreLogic’s research, the median house sale price of Illawarra rose by 27 per cent in 2016. Its house prices continued to surge through February 2017, beating any other NSW region but Sydney. The market’s good in Helensburgh up to Shoalhaven as well as in Nowra and its surroundings. The entire region stands to gain much more in the coming years with continued investor interest.

Wollongong, like most areas in NSW, its market growth has been driven partly by its proximity to Sydney. Commuters from Sydney CBD and sea chargers looking to escape the bustle in the capital city find it favourable.  It’s estimated that 20 per cent of its adult population commute to Sydney for work. With all factors on the table this figure is only going to snowball, and you best be positioned to take advantage.

The city continues to be a strong regional performer amidst strong job growth and falling unemployment. According to Domain Group’s December 2016 Regional House Price Report , house prices in the Gong were up 16.7 per cent in 2016 and a whopping 7.7 per cent over the December quarter. In comparison, Sydney prices grew 10.7 per cent and 4.7 per cent respectively.

With a median house price of $810,500, Wollongong is one of the priciest real estate markets in Australia, right behind Sydney and Melbourne. It may not be a good entry point for newbies, but seasoned investors will find that Wollongong’s prospective growth is attractive and can buy in.

Much has been made of the New South Wale’s Central Coast property market in recent years and for a good reason. It offers a coastal lifestyle and a business hub in Gosford that’s bustling with activity and industry including retail, manufacturing, accommodation and food services.

According to Herron Todd White’s December review of Regional NSW, the coast has consistently performed, especially in the property markets of Wyong and Gosford. At the start of 2013, Gosford median house values were at $465,000 but by June 2015, they had hit $570,000. Right now, the Gosford’s house sales average $730,000, while Wyong’s are at $510,000 from $365,000 at the start of 2014. While most of the growth has resulted from Sydney’s boom, the region’s economic development has played a significant part. As long as interest­ rates remain where they are—relatively low, and Sydneysiders continue to searching for cheaper housing, NSW Central Coast is set for a series of stellar years in top performance in terms of average returns on its property.

Property prices in Sydney are expected to continue through roof. SQM Research, One of Australia’s premier property analysts estimates its market to continue rallying despite the current prices. Lots of Sydneysiders are already looking to the outside of the city but close to it for more affordable options to invest in. The qualifying characteristic of the areas they choose is the potential for growth in the far future, and the regions above are bound to be their first picks. We at investinproperties.com have taken it to another level. We’ve looked at each of these areas individually (including low cost-high growth suburbs in Sydney) and identified where the best opportunity for growth lies depending on a range of economic factors other than affordability. You can contact us for a deeper analysis.

Above all this, every investor should gauge investment advice basing on their situation in life. It’s always absurd to see someone lose in the market because they followed what some media, blogger told them. You should always strive to make your own decisions rather than following the crowd.