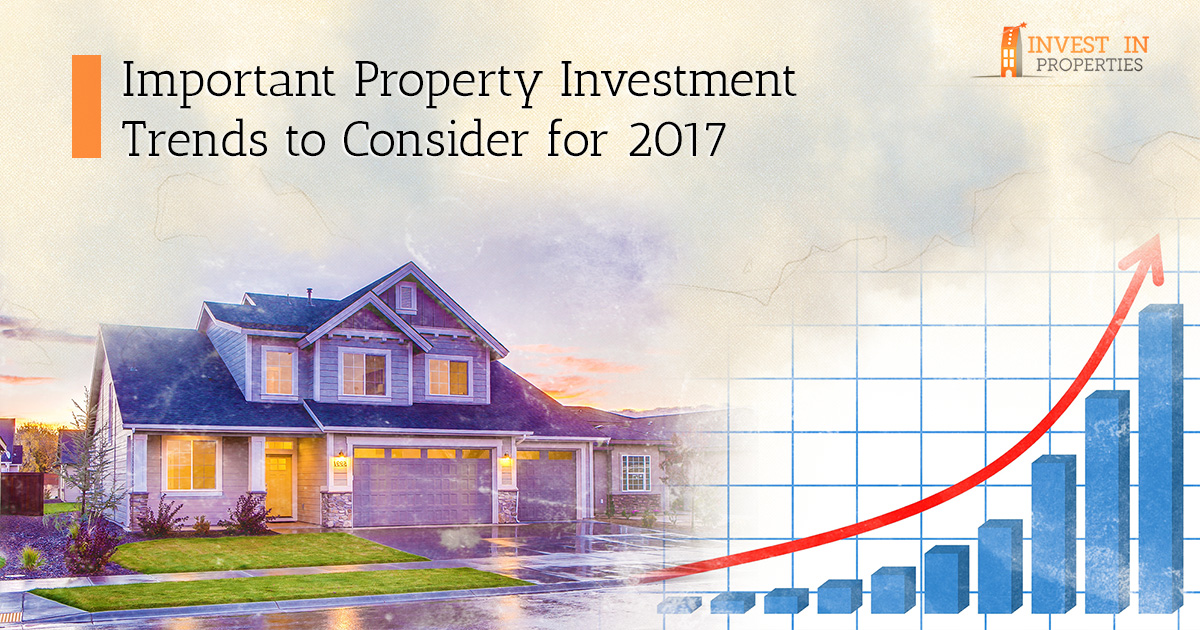 For the investor out there looking to enhance their portfolio or anyone with the thirst to create wealth through property investing, here’s a primer on important trends that are set to take shape later this year or are already in motion and may influence the real estate landscape in the great Oz.

Australia set to feel the effect of global politics

Brexit and Trump were the ultimate shockers in 2016. The trend they set spread a state of despondency over the entire world. However the world is yet to grasp the full force of their policies, and given the capricious nature of Mr Trump, we are in for a bumpy ride. As 2017 moves along, we’re bound to experience the repercussions of the man’s policies. How this will be felt by the housing market in Australia, your guess is as good as mine. But here’s a grain of salt for your palette.

Most people don’t really know what to make of Trump’s rhetoric; he’ll either enforce what he says or not. With that, most are choosing to steer clear of the US. Brexit, another leftist idea, neither favours the Brits or their allies, and so not good for Australia. Canada, which has always been alternative, has basically locked up its doors to foreign investment and thrown the keys to the bottom of Lake Superior, leaving Australia in some sort of sweet spot.

One thing is for sure, there’ll be foreign investment pouring into the nation from all corners of the world, which is good for the market, and exuberant in perspective. The demand from foreign investors will moderate the severity of any downturn in housing prices, if there’s any.

China’s grasp on Australia’s property market is not about to let. Demand for Australian real estate from China remains strong. Chinese developers and buyers are increasingly linked to new property developments in most of our capital cities.

Chinese buyers, referring to those from mainland China, Macau, Hong Kong, and Taiwan, account for 80 per cent of the lot bought by foreign buyers. This is due to the fact that Australian property, even at its current astronomic prices, is still cheaper than an apartment in any of China’s major cities.

Data from a recent study by Credit Suisse shows that the value of settlements from Chinese buyers rose in November and December 2016. And this is despite the fact that the Chinese government placed a throttle to reduce foreign investment around the same time. This goes to show you the confidence and willingness that Chinese have in Australian housing. This trend is likely to continue further into 2017, with its impact playing a major role in the pricing of houses in our big cities, with a growing interest in Brisbane.

Just last year Sydney’s population grew past the 5 million mark, mind you making the leap from 3 million in less than 10 years. Melbourne, with a growth rate far bigger than that of Sydney, is on its way to the same mark and likely to hit by the end of the year. The impact of these population growth rates is felt in the house prices. Both cities have seen sharp increases in prices over the last decade or so. It’s on the cards that in 20 years, the average house price in Sydney and Melbourne could exceed $6 Million.

You see, as the cost of living in Australia’s global cities balloons out of the ordinary, Australia’s regional cities are impacted as well, positively. Lifestyle cities that have most, if not all, of the perks of the global cities such as employment, shopping and housing options but with smaller populations are experiencing a wake in their fortunes. In NSW, for example, cities like Wollongong and Newcastle no longer hold the tag of ‘industrial cities’ that was attached to them throughout the 20th century. They’ve reinvented themselves into lifestyle cities in the 21st Century, with innovation hubs and business friendly environments. They are now poised for similar rates of growth as their counterparts, which you could take advantage of in 2017. It’s a good property investment tip as any to watch out for these cities.

Beyond these cities, you can look to regional cities like Wagga Wagga, Albury-Wodonga, and Bathurst. In Victoria the fastest growing regions are a band of lifestyle cities such as Bendigo, Geelong, and Ballarat. The same pattern can be observed in Queensland in cities like Gold Coast and the Sunshine Coast and the inland city of Toowoomba.

These trends above are important and should be considered in your investment strategy this year.  Some began unrolling a couple of months back and we’re just beginning to see the results.