How Much Do You Need to Earn to Join the Super Rich in Australia?

Home/Blog/How Much Do You Need to Earn to Join the Super Rich in Australia?
Previous Next

How Much Do You Need to Earn to Join the Super Rich in Australia? 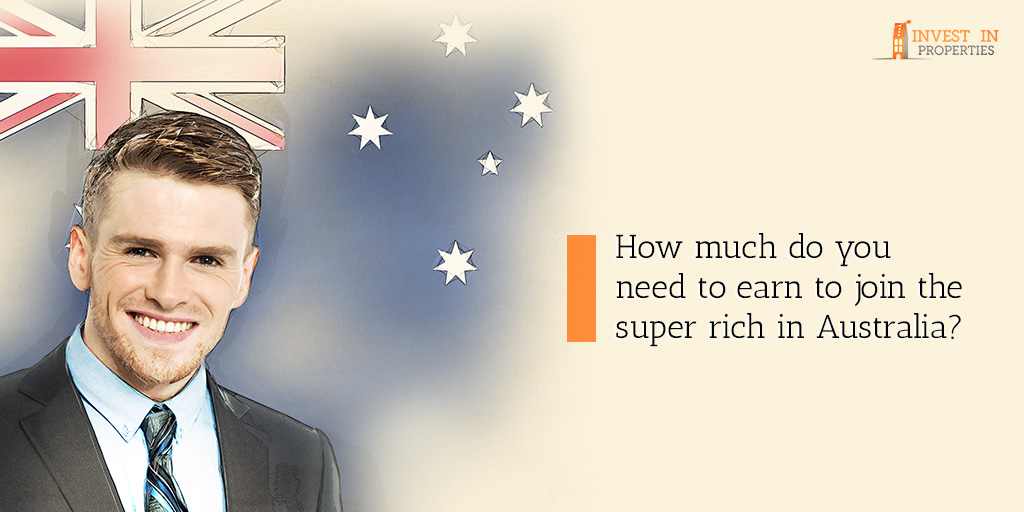 Have you heard before that a small percentage of the population takes home a large portion of the wealth? How much do you need to earn to join the super rich in Australia?

According to the Sydney Morning Herald,  the top 10% of Australian earners took home 29.7% of Australian income in 2012, the highest ratio on record. (Source: “You need how much to be uber rich? Our top earners are taking home more”, by Peter Martin)

This staggering figure comes from an analysis of the latest set of tax statistics released by the Australian Tax Office.

But what makes these top earners different from the rest of us?

Let’s look at the numbers and facts:

You would be asking by now, how much do you actually need to earn to join them?

Here are the salary figures, you would need in order to join the club:

Sounds impossible? It might be… but the facts are there. The rich get an amazing income, between 25-66% of their total pay from sources other than salaries.

Also you can generate other sources of income, easy!

Generating other significant sources of income isn’t difficult at all. Yields from property investments is one of the key sources for this additional income for the rich.

But the real ‘secret’ is that you don’t have to be rich to become a property investor and start earning additional income!

Invest in Properties, works with hundreds of people every year, together we build an investment strategy that is based on ones’ individual income and needs. We help individuals build a portfolio of properties, that produce income and future financial independence.

Contact us today to receive a FREE consultation, on how to generate additional income from property investments.