Confession of a Software Engineer, ‘I hated my job but I was stuck, until…’

Home/Blog/Confession of a Software Engineer, ‘I hated my job but I was stuck, until…’
Previous Next

Confession of a Software Engineer, ‘I hated my job but I was stuck, until…’

Hi, my name is Yaron Gal and I was a software engineer.

I have a confession to make...

I hated my job. I hated being locked up in a small cubicle and writing code all day.

I hated my boss who had such a big ego he made Donald Trump look like an angel.

To be honest, I freaking hated my life.

I hated that by the time I got home everyday my kids were asleep. I felt they were growing up without their daddy.

I couldn’t stop working because I had to keep paying my mortgage, my kids expenses, the bills.

I felt like there was no way out. But I knew this could not keep going on.

There simply had to be a way out.

Looking For a Way Out

I attended seminar after seminar, tried stuff like shares, options and even internet businesses.

Yes, I tried a whole bunch of things, spent money on them, but none of them worked for me.

And to be honest I was too tired to do anything after work.

Until one day, I attended a property investment seminar. It seemed like the guy knew his stuff.

I was of course highly sceptical, I mean I had tried so many things I was about to give up.

But what the property guy Joseph said totally made sense.

But I wasn’t convinced.

I made an appointment talk to him on a personal basis.

He was very patient with me and understood my hesitancy.

And to purchase something worth several hundred thousand dollars was something beyond my comfort zone.

But after 90 mins, he worked out a financial freedom plan for me based on my income, and showed me how I could be financially free in 10-15 years, and retire with the lifestyle I wanted.

All this with minimal risk, because that is the first rule of investing…to NOT lose your capital.

Best part is, I could keep my job if I wanted, but not be enslaved by it.

With the help of Joseph, and his coaching, I bought 4 properties worth over $2 million in under 12 months.

I finally saw the light at the end of my ‘rat race’ tunnel.

One day, my young and arrogant manager came in.

I knew he was looking to give someone a hard time about something to exert his authority, which he frequently did.

He came to me and queried me about some code that was working but wasn’t done the complicated way that he wanted it.

I explained that the code was working and it was a brilliant idea from one of my team members.

But my boss insisted that it had to be done his way.

I protested, explaining that it worked better and faster the way we had done it.

He said, “Well if you work under me, you’ll have to do things my way. Otherwise you’re gone!”

I said, “If that’s the case then I’m gone. Consider this my resignation.”

I could see the look on his stunned face…it gave me immeasurable satisfaction.

The truth is, I now had the choice to resign…I had enough of being a slave while the guys on top made millions from my hard work. 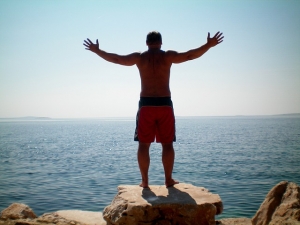 Freeing Others From the Rat Race

Today, I do the same thing that Joseph did for me. I help people to retire rich and younger.

In fact, I help people to not be enslaved by their jobs, to be free.

I help people create a personalised plan to invest in properties, so that they can build wealth and freedom.

I also carefully research and identify properties to suit their personal plan.

It’s been a great since I have resigned from my job, because I now do something I am truly passionate about.

My kids finally have a daddy that’s there for them.

My hope for you is that you too can take the first step to get out of the rat race sooner and create a lifestyle that suits you.

So I’d like to help you with that first step, by giving you the very same checklist that I used to help myself and many others build a strong property portfolios.

I know it’s literally saved me and my clients millions of dollars, because each time I evaluate a property I use this very same checklist that has prevented me from making some serious mistakes.

I want you to have it for FREE, because you have taken the time to read my blog and perhaps you too have seen the light at the end of the tunnel as I did.

Simply click on the image below to get your FREE checklist now.